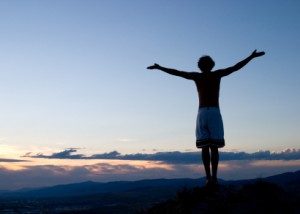 I think one of the reasons I don’t blog more often is because I tend to feel protective about my personal life. I’m also rarely in the mood to post stuff that’s likely to cause a throwdown – which means I very often wind up blank when I try to think of a topic to post that isn’t promo.

Or maybe it’s just that when you spend your day socializing with toddlers, your brain turns to mush.

Either way, I heard something on the radio that brought up lots of memories. I’ve been feeling uber nostalgic lately, and this song–which I haven’t heard in ages, was played by a local DJ since we’re going into graduation season around here. I probably haven’t heard it since I was in my early twenties. At the time, I am dead certain I ignored every bit of advice, including the bit about the sunscreen, because I was sensitive about my pasty whiteness, which tells you I also ignored the part about appreciating my youth because these days I see my wrinkles and my hair that’s getting gray and wish I looked half as good as I did when I was twenty. At the time I thought I looked ugly as sin. 😛

Fifteen years later, I’m not sure there’s a single piece of advice in this essay with which I disagree.

The timing of this is interesting because my kid got a massive cut recently and the biggest thing the doctor harped on when he did the stitches, was making sure we made him wear sunscreen. Sun exposure increases scarring and skin discoloration. So yes, really, wear your sunscreen, folks.

I think this applies to every aspect of life. Family, friends, career, love, etc. I was blessed by being born not only female, but small in stature, and some interesting assumptions have followed me around my entire life. That because I’m small, and because I try to be nice, I’m a pushover, and those things do not equate.  I’ve encountered a lot of people who tried to shove me around, and my patience for that shrinks on a daily basis. Value yourself – if you don’t, nobody else will.

Get Scribbling Women on sale. Help a good cause.

All #vampire romance, all week long!

And To All A Good Night