By Elisabeth GeneralParanormal Romance May 27, 2014 0 comments

Because I’ve gotten so many questions about what will be happening with the series after Hunter by Night, I am cross-posting this from the group blog to which I contribute, Paranormal Unbound (with some minor modification).  Yes, at one time it was thought that the series would be longer. No, that is not currently the plan. Yes, I think that’s okay. Everyone who has read Hunter by Night so far agrees that it’s the strongest of the trilogy, and I’m so happy to be resting on a high note. <3

(Quick mention: if you haven’t started the series yet and want to, King of Darkness is on Sale for $2.99 in ebook until June 1 at all ebook vendors)

END_OF_DOCUMENT_TOKEN_TO_BE_REPLACED 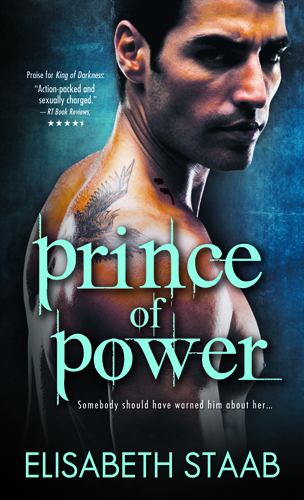 Today only (I’m pretty sure it’s today only) – 1/4 – Amazon and B&N have Prince of Power on sale for $1.99 in ebook!  Also, Amazon still has King of Darkness on sale for $2.99. More exciting than that? You can currently pre-order the paperback of Hunter by Night for $4.29, which is a decent coupla bucks off the cover price. And I’m not an expert on these things, but I’m pretty sure they have a guarantee that the lowest price is the one you get, so if the price drops after you pre-order, you pay the lowest price.

There’s still time to request an advanced review copy of my upcoming contemporary romance, One Week. If you’re a blogger / reviewer and would like a review copy, just fill out this form, and I’ll have a copy to you shortly. Thank you in advance for your interest in One Week!

There’s ONE DAY left to enter Tes Hilaire’s 12 Days of Giveaways! I’m giving away a signed copy of Prince of Power, and there’s an e-reader and many other awesome prizes. Check it out, here. 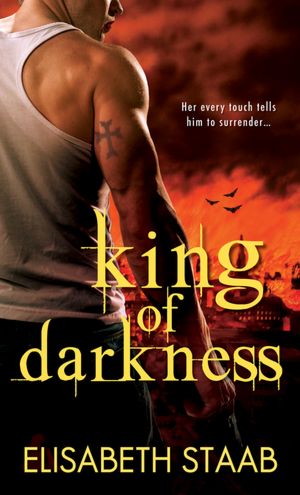 Back when King of Darkness released, I first became buddies with a blogger named Jillian (you know her, you love her) who at the time wrote for a groovy paranormal blog called Dahrk Portal. She wrote a lovely review of King of Darkness, and very kindly sat down to interview Thad and Isabel. She has since moved on to have her own very successful Read-Love-Blog blog. Three years later, she has dug up the original character interview with Thad and Isabel from King of Darkness! You can find it here.

Many thanks to Jillian for finding this great bit of nostalgia  – I’d lost my copy since the computer on which it had been typed had long ago gone to the great electronics bin in the sky. And thanks to all of you for checking it out, I hope you enjoy!

Today as part of the Bad Boys of romance blog hop I’m going to talk briefly about the bad boys that rev my engine, and why.

First, from my own books (although it’s so, SO hard to pick favorites) I would have to say my favorite bad boy is probably Siddoh. The devil may care asshole playboy, who will maybe-probably be the hero of book four of the Chronicles of Yavn. Siddoh is, I suspect, hiding a lot behind that dickhead exterior, and I do so love a good puzzle. My other fave is Anton, the hero of Prince of Power.  Anton was raised to be a murderer, but he changed his stripes for the vampires he fell in love with. Still, lurking beneath the surface is what he used to be. The fact that he could backslide, and he wonders if he ever will…
END_OF_DOCUMENT_TOKEN_TO_BE_REPLACED