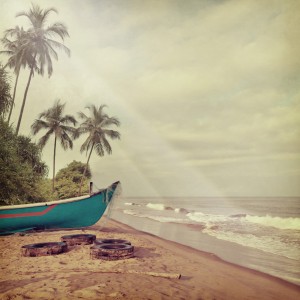 I’ve been under, as an old friend of mine used to say, a metric fuckton of stress lately. The kind of stress that’s caused me to lose several pounds. Anxiety can be hell on a gal’s appetite.

So this morning I treated myself to the Starbucks drive-through. Stuff always tastes better when you don’t have to make it yourself.

I was busy pulling out money and texting another author buddy about my bad mood when I pulled up to the window. The handsome guy at the window smiled, handed me my oatmeal, and informed me that the person in front of me had paid for my order.

“Oh.” I sat there with my ten dollar bill in my hand and and a whole lot of confusion. “Well that was awfully nice.”

“People do that sometimes,” he said. “You know. Pay it forward.”

Not that I hadn’t heard of the concept. I saw the movie with that cute kid. I’m just not sure I’d been on the receiving end of something quite like having my food paid for by a random stranger.

So I handed him my ten anyway and told him to pay for the person behind me. I guess whoever was behind me hadn’t ordered much. It looked like there was a lot of change. Instead of taking it back, I told them to put it in the tip jar. (I worked in a coffee shop for a year in college. People always left shitty tips, and the morning rush is stressful. And hell, I’d just gotten free breakfast. I had unexpected wiggle room in my budget. I could have kept that money but I didn’t want to.) The guy smiled at me again, and said thanks, and I drove away with my mood a bazillion times better than it had been all week.

That moment shifted my perspective. It reminded me that there’s good in the world even on a day when things seemed pretty craptacular, and I got the opportunity to make someone else feel good, too. When things feel out of control, we can focus on the things we do have control over. I can still choose not to be an asshole. It reminded me that I was in a position at that moment of doing something that was very much a luxury. Getting overpriced coffee and oatmeal with fresh blueberries was a luxury in and of itself, and then since someone had been kind enough to pay for my meal,  generously tipping for it was one as well.

I could have easily just driven away feeling good about my free breakfast, appreciating that someone did something nice for me.  Sometimes just saying “thank you” is okay too. But this particular time, being nice made the experience feel even better. It’s one of the reasons I strive for “nice” so often. And hell, I have my bitchy days just like everyone. Today someone made my day a little brighter, and hopefully I made someone else’s day brighter in return. That shit’s awesome, yanno?

Out of the Box Reading Challenge, part deux