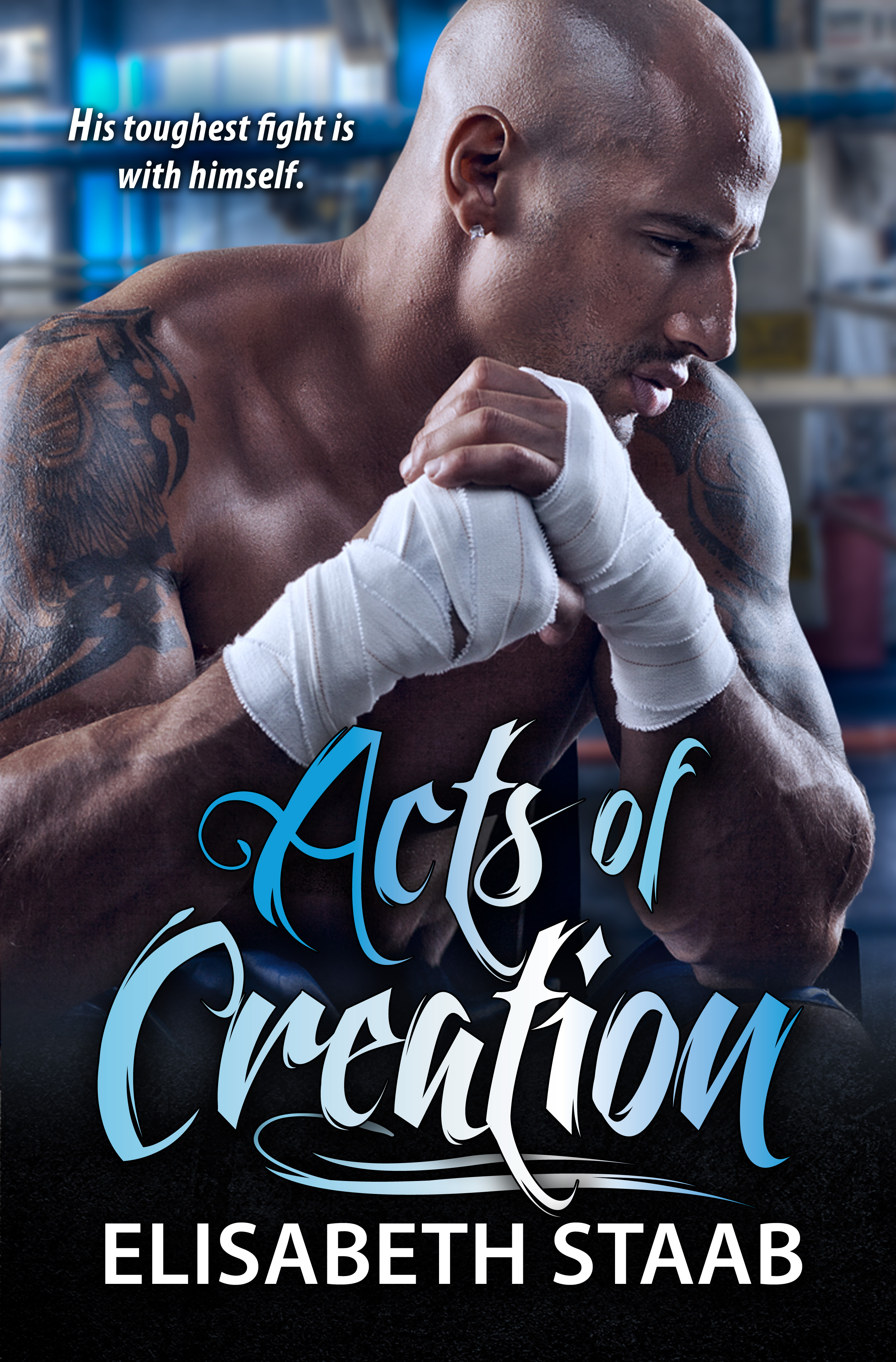 An estimated 1 in 6 men are survivors of sexual abuse, and yet I feel that I see them so rarely as romance heroes. I met Dante while working on At the Stars–this proud, strong, Puerto Rican boxer who had been abused by his former coach, and knew I needed to write his book. What came out was, for me, a heartwarming, romantic, and even humorous story of this man and the wounded college girl he meets, and how they both start to rebuilt their lives–together.

Dante Ramos: Champion. Ladies’ man. Party animal. Women want him, and men either want to be him or put his lights out for sleeping with their girlfriends. It’s all an act. Inside, he’s so full of self-loathing he’s on a fast-track to self-destruction.

She’s living in the shadows.

Meeting Michelle at a support group for assault survivors shows Dante a new world of possibilities. Finally, someone in his life might understand him, and she creates in him a fierce need to protect. Trouble is, Dante lives his life in the spotlight, and the only thing Michelle wants is a place to hide.

An hour later we’re in the middle of some mindless parody. Or at least, I am. When our unlikely on-screen hero slips in his kitchen and lands facedown in a bowl of whipped cream while he’s trying to impress his love interest, I realize I’m the only one laughing.

Because Dante is dead to the world. With his knees drawn to his chest, he’s propped one hand on his thigh, and that hand is cradling his sleep-smashed face.

I pause the movie and nudge him. “Hey.”

He shakes his head and bats me away with his hand. “Hmm-mmm.”

I try again, jiggling his arm and raising my voice. “Dante. Do you uhm…need to be anywhere?”

I still don’t know an awful lot about his personal life. For all I know, he’s got some hottie waiting for him at home. A guy like Dante? How could he not?

His full lips smack together and then turn into a thoughtful frown. “Mmm. Tired.” With that, he slides down until his head hits my pillow.

“Well, I guess it’s a good thing I got a graduate dorm,” I murmur. “You’d be in a world of hurt curled up into one of those tiny twin beds they give to the undergrads.”

With a sigh, I get up and turn out the lights. The blinds are open and the moon is high, leaving a swath of light across the floor of my room. I leave it in case Dante wakes up and needs to see where he’s going.

Quietly, I grab a light, fuzzy blanket from the bottom of the bed and pull it over us both. As I lay next to him, a pair of huge arms comes around me and he tucks me into his side. Some incoherent mumbling and lip-smacking follow. A minute later, he starts to snore with the gentle rumble of the truly comatose.

Unfortunately, I usually sleep on my side. For a moment I get the urge to turn to the left, spooning my body against his, but that’s far too intimate. I freeze when I realize doing the opposite, turning to face him, would be even more so.

Finally, I take a deep breath and reach over to slide my phone from the corner of my desk. With precious little time to spare, I get online to drop my criminal justice class. Grandma Ruth is right. If I hate the class, I shouldn’t be there. I’ve beaten myself up enough, and I don’t need one more reason to feel like a failure.

Then, I sigh and surrender to the muscled arm holding me against Dante’s side. I lay there in the dark, inhaling his earthy scent and wondering how we’ve created this unlikely friendship. Wondering if it’s safe to feel the way I’m starting to, or if safe even matters.

I think once upon a time my silly teenaged heart thought I loved Craig. Until he hurt me and I realized I never could have. Until now, when I feel myself falling helplessly there with Dante, both terrified of the plunge and unable to stop.

It’s the last thing I think before I let myself fall asleep.

He pulls out a cheese stick and offers me one. It reminds me of the last time we ate them together, and my weird, sudden urge to get flirty. The memory makes my face warm.

“I guess you could say I’m having a hard time sticking to the plan, lately.” He looks down into the bag, but I feel like he’s trying to hide something. His face is cloudy, and an unusual slope to his shoulders makes my stomach tight.

“Hey.” I sit and scoot forward on the bench, pushing my drawing supplies out of the way until our knees are almost touching. “What is it that John Lennon said about life being what happens when you make other plans?” I put my hand on his leg, because it seems like the right thing to do. “It happens sometimes. Life.”

He looks up then, swiping his thumb down the side of my face. “That why you’ve been crying? Did life happen? Or is that my fault, for being a dick and bailing in the middle of the night last night?”

Damn. I blow out a breath. I’d tried to get myself under control before he showed up, but I must still have those awful tear-streaks going down my face. “My parents called with some bad news.”

He leans forward. His hand is still on the side of my face, and the size and heat of it my stomach wobble. My face gets hot.

“Then you and I should make some other plans.” The way he smiles at me this time is different. It’s not his usual life of the party grin. It’s.. I don’t know, if I was a girl who believed in that sort of thing, I’d think maybe he liked me or something. You know. “That way.”

It’s an absorbed smile that produces unsettling warmth in places I didn’t think could get warm any longer. Maybe it’s the way the sun in his eyes looks like diamonds. Or maybe it’s the fact that his smile reminds me about how lately whenever I need someone to lean on, there he is with his big, strong shoulders.

I guess in actuality he’s the one who’s needed support some of those times, but it’s been nice to be needed. It’s been nice not to be the only one with the big “BROKEN” stamp on their forehead. We’ve both got some dings, and we don’t have to explain that to each other.

I hate having to explain. I did so much of that after what happened with Craig and his crew. To the police, to the therapists. All for what?

Which is why I’m immensely grateful he hasn’t asked me what’s wrong. He’s just suggested we go do something else.

By the Rules (Evergreen Grove Book 3)